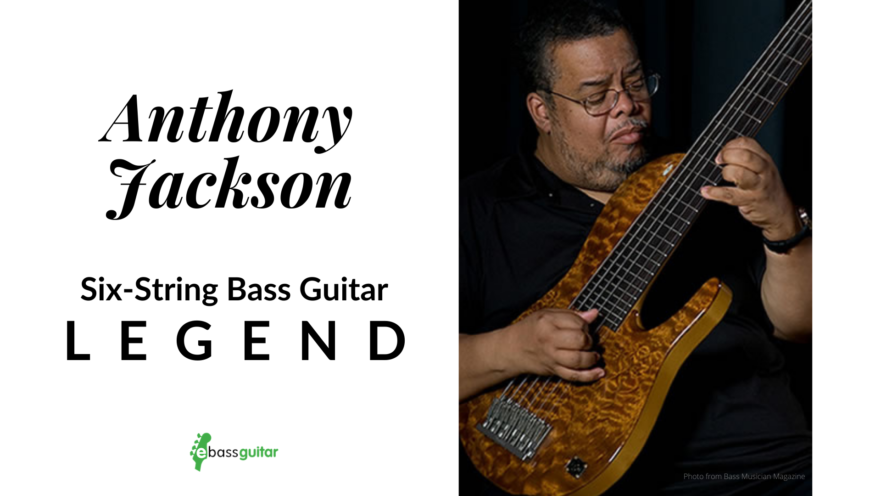 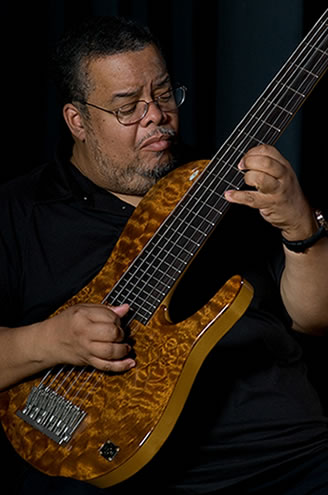 The Legend Behind The Six-String Bass Guitar

There is much to say about this grammy-nominated, master, innovator, writer, and overall genius. However, just like many other greats playing the bass, AJ (Anthony Jackson) was not given heaps of spotlight that he so deserved. But bassists and musicians alike speak nothing but utmost reverence and admiration when mentioning AJ's talents, innovation, and vision. If you search AJ's name, you will find that a few websites have listed him as one of the most talented bass players in the music industry. He landed top 8 in the 100 greatest bass players of all time while he was included among the top 10 bass players who use 6-string bass guitars and best bassists in music.

AJ is from the city of dreams, New York, and was born on June 23, 1952. It is interesting to know that AJ is taken on the same day as the Math genius, Alan Turing, and musicians like Jason Mraz, June Carter Cash, and Randy Jackson. AJ, as many of us would have expected, did not start with bass when young. He started his passion for music in learning the piano, then guitar, then bass at 16. An interview mentioned that his early influences included Jack Cassidy, Olivier Messiaen, and Glen Campbell until he was introduced to the songs of a funk brother, James Jamerson of Motown. Jamerson, as one of the most influential bass players, was inducted in the Rock and Roll Hall of Fame in 2000. A very young AJ contributed Allan Slutsky's Standing in the Shadows of Motown: The Life and Music of Legendary Bassist James Jamerson. This book and CD features hundreds of interviews, 49 transcribed musical scores, two hours of recorded all-star performances, and more than 50 rare behind-the-scenes Motown photos. AJ played How Long Has That Evening Train Been Gone in the Non-Motown Melody section of the tribute.

AJ at 18 became a member of Billy Paul's band after two years of doing recording sessions for Gamble & Huff's Philadelphia International Records. Billy Paul's Me and Mrs. Jones became a hit and became a gold record.

According to Hogan, a sheer opportune chance skyrocketed AJ's career. The story said that on the fall of 1973, AJ was in a session rehearsal of "For the Love of Money," when Joe Tarsia (Sigma Sound Studios owner/engineer) noticed that AJ had a wah wah pedal attached to his Fender Precision bass. Tarsia then ran AJ's bass line through a phaser and mixed in echo. In the final mixing session of the track, Kenny Gamble experimented on adding echo on AJ's opening riffs. AJ's bass lines became a prominent feature of the song that AJ was credited as a co-writer of the song. It is also in this song that AJ became known for his pioneer use of pick and flanger pedal technique. "For the Love of Money" landed the number three spot in Billboard R&B (1974) and was inducted into the Grammy Hall of Fame (2006).

This is the full seven-minute track of “For the Love of Money”.

AJ's reputation for sophisticated style spread across NY music scenes. AJ worked with A-listers of the music industry and recorded more than 500 albums. He worked with Bee Gees, Bette Midler, Diana Ross, Simon & Garfunkel, Dionne Warwick, John Lennon, even Madonna for some of their tracks.

AJ's unique sound jived with blues, jazz, and classical music, but with wide-ranges of genre. Artists usually handpicked AJ to work in many, if not all, albums. AJ worked the most with  The O'Jays (27 albums), Al Di Meola (20 albums), Lee Ritenour (14 albums), Paul SImon (13 albums), and Michel Petrucciani (12 albums).

If he is not on the studio for recording sessions, he accompanies artists on tours. AJ worked tirelessly for Chaka Khan's What Cha Gonna Do For Me and Naughty albums as well. Stories said that he was allowed three months to recompose his bass lines until he was satisfied.

Years before the actual Contrabass was created, AJ, the genius as he is, was already conceiving the idea of a six-string bass guitar in his 16-year-old mind. He thought of adding two strings to the four-string bass, specifically a low B and a high C. His vision for this unique piece of art was to be used more like a concert instrument since a four-string does not have extended the range to play orchestral parts.

When he started his career, he looked for builders that can accommodate his concept. A New York luthier, Carl Thompson, attempted to create one in 1974. He successfully created a similar innovation, but a piccolo bass for Stanley Clarke. Although he built a six-string bass tuned BEADGC, AJ was not satisfied nonetheless since the spacing at the bridge was so tight that it was hardly playable. He innovated it by using a custom set Rotosounds strings and experimented by using GHS, La Bella, and Richard Cocco sets. He tried using in when recording for Carlo Garnett's album Let This Melody Ring (1975) and took it on tour for some songs for Roberta Flack. He asked Thompson to build another 6-string bass; this time intended not for performance since it had no pickup. The guitar had extended 44" scale with extra-long upright strings. But it was too long to give players comfort in playing.

The next builder, AJ consigned, was the builder Ken Smith who built two contrabasses for AJ. But the first bass that Smith made had a dull and thick sound and couldn't be used with a pick. Although AJ used this while touring for Al DiMeola's Tour de Force: Live album with Steve Gadd, Jan Hammer, and Mingo Lewis (1982), many complained about the sound. The second bass was built around 1984, this time featuring a 34" scale. With improved sound and right spacing, AJ used this prototype on a track from George Benson's 20/20 album, New Day, and Michel Camilo's album Suntan (1986).

But it was Vinny Fodera, who used to work for Smith, created a series of contrabasses for AJ. Fodera partnered with Joey Lauricella, who also worked for Smith in Sales. When the two launched Fodera Guitars, AJ was one of their first prominent customers. Here are some of the signature contrabass they made for AJ:

*in other accounts No.6 is a double-cutaway instrument

These two guitars were both heavy and had long necks, but are considered state-of-the-art at that time. AJ improved these innovations by using a single, properly placed truss rod. AJ began integrating No.6 with active electronics which made the sound better. He figured that the instrument needed a running AC transformer to power it and not just rely on 9-volt batteries properly. After six more fedoras, AJ asked for a 36" scale, extra-wide neck at nut and bridge, 28 frets, no electronics, no controls, a chambered body, and a single pickup. This became the famous AJ Presentation which was made sometime in 1987 and the AJ Presentation II (1996). The latter features 33-inch to 36-inch scale, “Hybrid” proof-of-concept contrabass guitar, and a patented “heel-less” method of attaching a neck to hollow-body instrument.

Aside from his career on the sidelines among the artists, perhaps a more notable chapter in his discography are his collaborations as trios. This was well encapsulated in his recent work with the Japanese pianist Hiroki and among others, Michel Petrucciani and Michel Camilo. The 2002 album Triangulo with Petrucciani and Camilo showcases the high level skill or the three.

Aside from his work with pianists, AJ also worked guitarist from Steve Khan to Mike Stern. Here we have AJ play with Wayne Krantz and Steely Dan drummer Keith Carlock.

Join The Bass Lab PLUS >>

Yes - I Want To Join The Bass Lab PLUS Membership