After 40 years of not playing bass, Terry found himself playing and rocking the bass again. Terry Sinclaire is our Bass Lab PLUS (BLP) Legend for October 2021. This active and awesome retired teacher has since built a music community and is playing for a 5-piece blues band.

Terry was introduced to bass playing in high school. His music class teacher back then was a bass player and that inspired him to learn bass and play in bands. However, when he reached 19 and was in the university, his priorities changed and has dropped the bass since. Terry became a successful teacher, inspiring young minds in his classrooms.

When Terry retired from teaching, he kept his body active by doing outdoor and fitness activities such as mountain biking and weight training. But something was missing. One day, while sitting in a bar, Terry watched a Bass player and reminded him of his passion and interest in bass.

When he started lessons in Bass Lab PLUS, according to him it literally felt like “starting from zero”. Since it has been 40 years since he last held a bass, everything was new and fresh. It felt like starting all over again.

As an instructor himself, Terry commended how motivating and effective the plans set out in Bass Lab PLUS. According to him, his massive progress was because of James’ “fantastic instruction and excellent material”. He was able to follow the lessons by watching the videos. “They were short and straight to the point. They were not easy, and that makes it more challenging!” He also mentioned the videos that he was supposed to make, added accountability to the entire course.

The group coaching, personal coaching and the materials given in his membership paved the way to his success. But it was the Song, Style, Technique challenge that made it more interesting. Students are encouraged to create a video of them playing a song or a technique they learned every two weeks or so, then the group will give feedback. Terry mentioned that it“forced him to try to perfect it as you can make it.”

Take a look at one of Terry’s videos showcasing his creative style and technique.

Perhaps the greatest challenge in digital learning is creating meaningful connections with the members and the class. But for Terry, this was his driving point. Not only was he able to “forge friendships and camaraderie”, he was motivated to study more since they all learn together.

His connections with the community in Bass Lab PLUS was so strong that it prompted him to initiate a group music community. Now with 20 members, they are able to track their progress together and share music with each other!

Terry is now playing with a 5-piece blues band. They play classical blues and rock that are also heavily based on blues. Indeed, retirement has never sounded this great! When asked what his message to new students was? Terry succinctly said, “Just do it, Don’t hesitate, because the instruction is excellent.”

We are so proud of your progress Terry! We can’t wait to see what else you will be doing.

Were you inspired by the progress that Terry has made? Were you also like him, who felt that you will be starting from scratch? Don’t fret, we have easy guitar lessons that are easy to understand. Take the 14-day trial in Bass Lab PLUS and see for yourself. 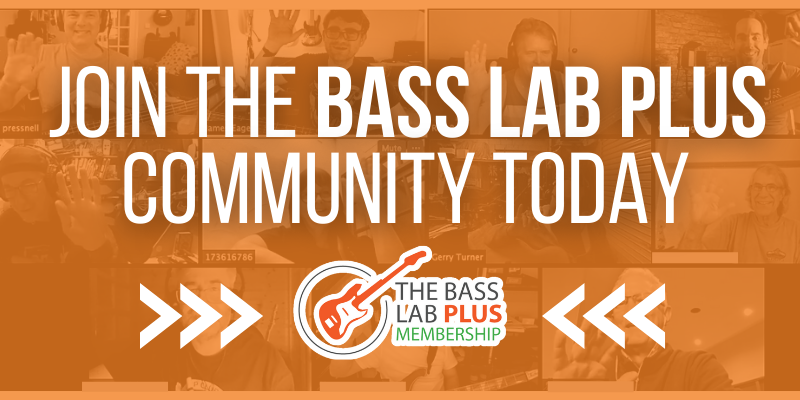 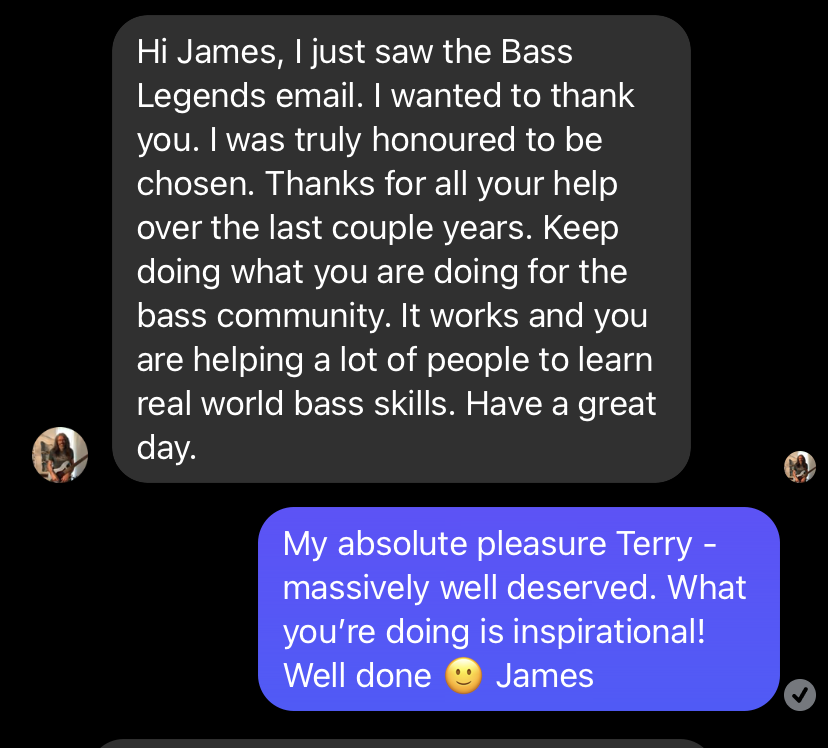