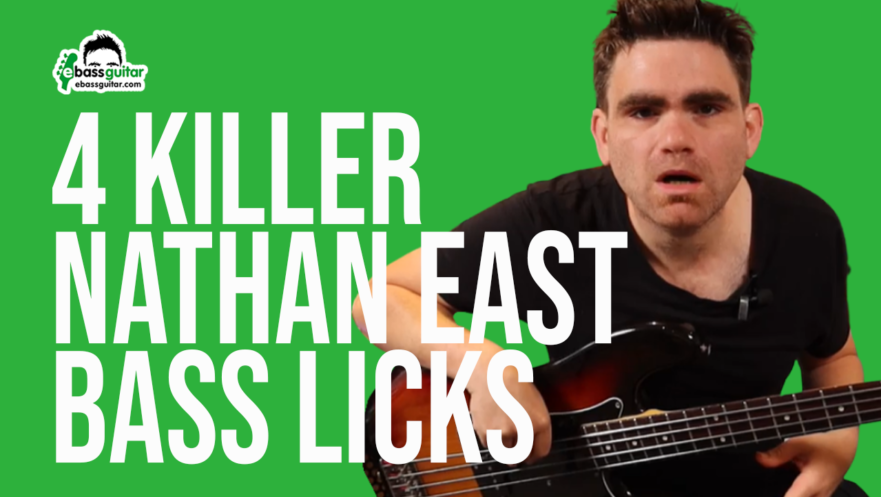 He was playing with one of my idols, Eric Clapton; in front of an audience of a hundred thousand people; used a monster 6 string Yamaha bass… and had some serious dance moves that made him look super cool to me as a 9 year old!

That gig was Knebworth ‘90.

I watched a VHS of that gig (recorded from the TV) countless times… thankfully the footage is now up on YouTube!

The bass player in question was the mighty Nathan East… who seems to have played with most of my idols.

Last week he recorded a fantastic 40 second video clip he released on Facebook of him ‘Just Groovin’ (also the name of the track!)

So for this week’s lesson I’ve transcribed the whole of his bass line AND picked out 4 killer bass licks to show you guys.

Also… make sure you let me know what your favourite Nathan East bass line or track is in the comments below...