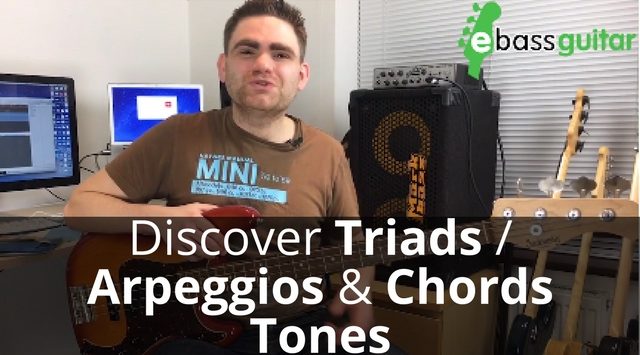 James here. Let's talk about how to play triads, arpeggios & chord tones on the bass guitar.

He put down his sticks swearing he’d never play again.

He was telling the truth.

My Dad was a drummer.

A pretty good one too.

He’d toured and recorded with David Bowie in 1967 and was in his backing band just before Space Oddity.

However, 25 years later, enough was enough.

He downed the sticks and picked up the bass… and has never looked back.

He needed a new challenge. The bass was it.

One thing about my father is he’s a very analytical character.

He wants to understand how everything works… and properly.

This one wrapped him up in knots for quite a while.

He wasn’t alone. The same thing happened to me.

In this lesson you'll discover: